Things Aren’t Always as They Appear (Part 2 of 2)

After our first couple days on the farm, we started to come out the other end of the jet lag and decided to make the best out of a bad situation. If you don’t know the bad situation I’m referring to, stop and notice the title says part 2, then go back and read part 1. We cleaned the kitchen space in the house and felt better for a few hours, until it was filthy again. Okay, so that was a losing battle. We then got a broom and a bucket of water and set out to clean up the caravan. Between the dirt, the rubbish and the broken floor tiles, we tossed a full garbage bag from that tiny space. After we set ourselves up with power and an electric space heater, we went from looking for every way out out of there to feeling like we could manage with these accommodations…it was only two weeks after all. So where does the shitstorm come in? Well…

When the three longer-term helpers arrived back on the farm, on Wednesday, it was time to start preparing for the conference being hosted at the farm that Saturday. We had been told about this conference prior to our arrival and were promised it would be a good opportunity to learn more from a number of experienced free range farmers. Spoiler alert, we had essentially no time to take in the conference and didn’t learn a damn thing. The list of tasks we needed to complete was extensive because, in addition to preparing for this conference, we were also making a very large quantity of sausage for the upcoming farmers market (occurring on the same day as the conference). Now, some of the tasks on this list legitimately did require the more experienced helpers. Other tasks, like picking up garbage and cleaning the restaurant kitchen, really required no expertise and could have been done in advance for more effective time management. However, since there was no forethought or organization at all, it was a mad scramble to get all these tasks done by Saturday.

All 8 of us were going from first thing in the morning until we sat down for dinner (after it had gotten dark). Now, if you’re keeping track of numbers, you’re probably thinking, “8, that checks out, at least the host was right there with them”. No. 8 includes an additional volunteer, Kim, who arrived on Thursday and was thrown into the thick of spending 8-12 hours a day getting ready for this event. Where was our host during this time, you might ask. Honestly, I’m not sure though it sure did feel like the items of critical importance were being offloaded onto his volunteers.

By the time the conference rolled around, tensions were running high. It was becoming clear that our host had no qualms about his treatment of those he was hosting. His demands of our time were clearly too high, given that we’d committed to 5 hours per day, 5 days per week and by the end of our 6th day we’d put in around 50 hours. More than a few times, when he’d come in to check on the progress of the unreasonable to-do list, he would insist you stop the task you were effectively completing so he could explain to you the “proper” way to do it (bet you didn’t know there’s only one correct way to put bread crumbs on a burger patty). Now, I would’ve had no problem with this if what I was doing was putting myself or others in danger but to insist that I should change what I was doing simply because my method is different than what he would do is condescending, and undermines my intelligence. Honestly, the list of things we saw and experienced that were either disrespectful, unsanitary, or unsafe (untrained volunteers driving a tractor with no brakes, anyone) is extensive and I’m getting tired of rehashing all this negativity.

Needless to say, by the time the conference wrapped up, we couldn’t wait to get away from the farm for our 3 days off! Now, in his profile, the host indicated there was a vehicle for use on your days off. What he didn’t say is that it shouldn’t be allowed within 100m of a road; the speedometer didn’t work, it had a faulty clutch, it was only running on 4 of its 5 cylinders, and I think the tires were bald. We had no interest in driving this death trap but even less interest in staying on the farm on our days off. I was starting to scheme as to how we were going to get off this farm when Kim, who in that moment seemed like a literal angel, volunteered to drive us all in her car. After a group outing on Sunday, we set out Monday morning for what was our best 3 days in Tasmania!

During our time off, we stayed at the most lovely Airbnb!! Never in my life have I been quite so thankful for a proper bed, clean towels, and the ability to put my body in contact with the floor (I didn’t even want to walk around barefoot at the farm). We took nothing for granted in those three days and knowing what we were in for at the farm made it that much harder to leave this place which, in retrospect, was really quite basic but seemed like heaven on earth in that moment.

I’d like to say we were under no illusions about the week to come; we knew we could expect to be overworked, we had 2 festivals and a market to prepare for that week. However, when the day of the first festival arrived and we were told to shower and put on non-work clothes because we’d be serving and working in shifts to go experience the festival, we took our host at his word. After having already put in 6 hours that day, we showered, put on nice clothes and headed to the festival.

Now, our time at the farm up until this moment had not been a great experience. However, this festival was the thing that broke even Mark, who is the most forgiving person I know and is always quick to defend people’s intentions when I’m ready to write them off as inconsiderate assholes. When we got to the festival that afternoon, we all immediately jumped into action, setting up the booth and getting ready for serving food. By this point, there were 11 of us helping on the farm and with our host, there were 12 of us working the booth. Every one of us worked the booth ALL NIGHT. Granted it was a busy night with a constant influx of orders. However, the real reason that it was all hands on deck and balls to the walls chaos was the shear lack of organization. The festival ran until 10pm and then we had to clean up afterwards. All in all, it was approximately a 14 hour day. And those nice clean clothes we were told to wear, essentially ruined by oil stains from spending all night over a hot BBQ.

There was one silver lining to our time at the farm; the people we were volunteering with were the most amazing, fun, and all around lovely people you could hope to work with! In part 1 I mentioned that one of our expectations was fulfilled, and it was the promise of a tight-knit community. However, let’s address the question I’m sure you’ve been asking yourself for 3/4 of this post; “why didn’t you just stop working after you’d put in your 5 hours?”. The reality of the situation is that by saying “fuck this, I’m done” after 5 hours, you’re not really screwing over the host (remember, he was not there tackling the obscene to-do list with us). By quitting after 5 hours, you are leaving the rest of the volunteers to finish the tasks with fewer hands. So, the community we were so excited about going in was the exact thing that allowed us to be exploited into overworking for accommodations that were only barely livable. Though we miss the group of people we worked with on the farm, we were happy to get out of there and spend a week in Melbourne with our friends Molly, Adam, and Kim. 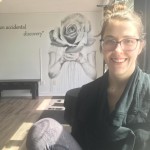 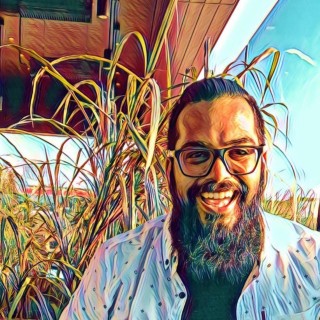 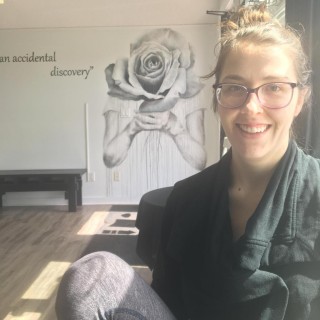